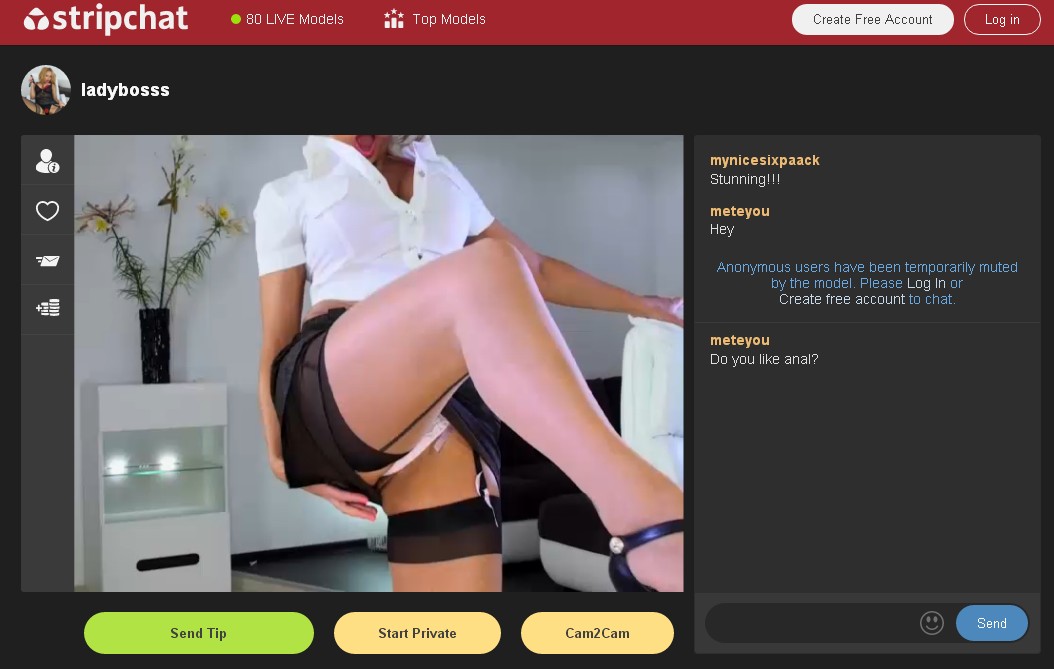 StripChat, a Leader in the Making?

A little research shows that planning has been underway a few years for this new live sex cams site as the domain StripChat.com sold 2 years back. Apparently the sale was tied to this new site; with this business in mind. To give you a little bit of an idea how serious the company behind StripChat is about being a popular site they shelled out $50,000 for just the stripchat domain. Likewise, XHamster their tube site garners so much traffic that they have already build up a loyal fan base and solid business centered around live webcams. Previously though it was all operated via a 3rd party business whereby XHamster merely supplied a domain and the traffic. With the StripChat business the models, the site, and everything is now 100% proprietary. Likewise, since the launch just under 6 months ago the site now enjoys as many as 400 models on at once during peak hours. For those familiar with cam sites and which ones have the most models this is a very telling indicator of the likelihood of success. This large number of online models beats out some of the old favorite adult webcam sites; sites that used to be considered industry leaders like Cams.com (review at that link).

Thereafter, the XHamsterLive site which used to be powered by Streamate (reviews at that link). However, StripChat is now a totally independent and rapidly growing adult webcams platform.

We will start our StripChat.com reviews with sharing that this site has deep functionality and it is very apparent that a lot of market research has gone into the UX. The user experience is great here not just because of the depth of good functionality but this live cam site has streamlined the user interface to emphasize the features that get the most miles. Unlike Chaturbate (review at that link) you are not inundated with other features that really do not matter and few people use. Moreover the large ‘Start Private’ button is sheer brilliance.  It makes it easy and clear to see how you go private. It’s the lack of this clarity at the more community nude strip sites that turns off those of us looking for true private adult webcam chat.

SPECIAL NOTES: A few other things that stood out here was the ease and speed at which you can register. It’s fast and simple PERIOD. That is a weakness of many other competing cam sites. When you have to waste 20 minutes to get started nobody wants to use the site. StripChat makes it super easy to get in and get  busy.

The pricing is comparable to BongaCams (review at that link), if not a bit cheaper. Expect to pay somewhere between $1.50 per minute to $3.00 per minute (paid via tokens) for live sex chat on cam. Also keep in mind that at all adult cam sites the models are in fact independent contractors and so the adult cams sites have to let the models pick their own rates. This means each model lists the tokens per minute to chat with her. It’s boldly marked on each cam models page so there is never any confusion.

StripChat Screen Capture (What to expect on arriving at this site) 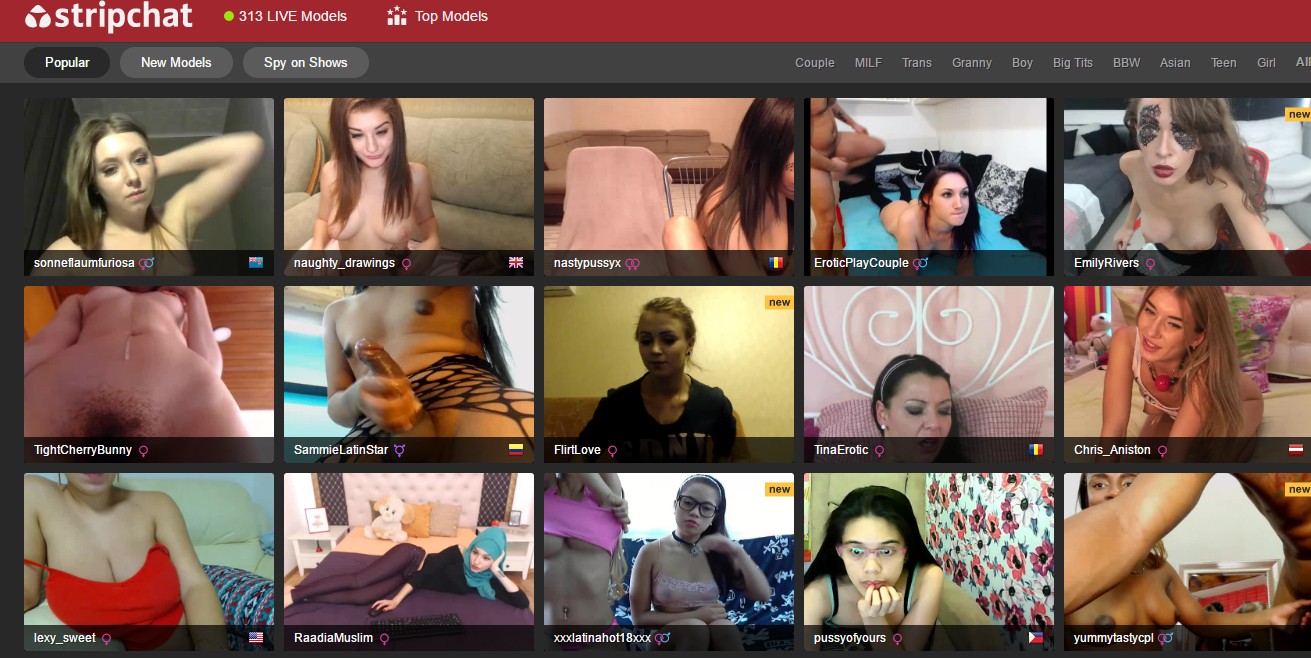 Among live sex webcams sites there are two types of cams sites. Technically StripChat is a freemium cam site because it’s genuinely free to join and no credit card is required. It shares the similar style of public sex chat like Chaturbate and BongaCams, but what they do even better is also offer a private feel to the private show options. Perhaps the dark black background theme alone it helps give the private 1-on-1 cams shows a more intimate feel.

It still early but right now we can’t find a fault with the site. Over the past 6 months we have been testing and trying StripChat and we have had no issues and overall it’s been a really fun site to use. If we had to offer some feedback for improvement it would just be the images used for top models. They should require that only images of the models are used versus emoticons or other unrelated images. That is nit-picky but it’s the only thing that we didn’t really enjoy about our experiences using StripChat. There are not as many American cam girls as some of the sites that have been online for many years, but StripChat.com is sure to attract these models if they market the site right and get more eyes on the site. Overall it was a refreshingly easy and fun cam site with great prices. At the current time we have to give a excellent score in our StripChat reviews! 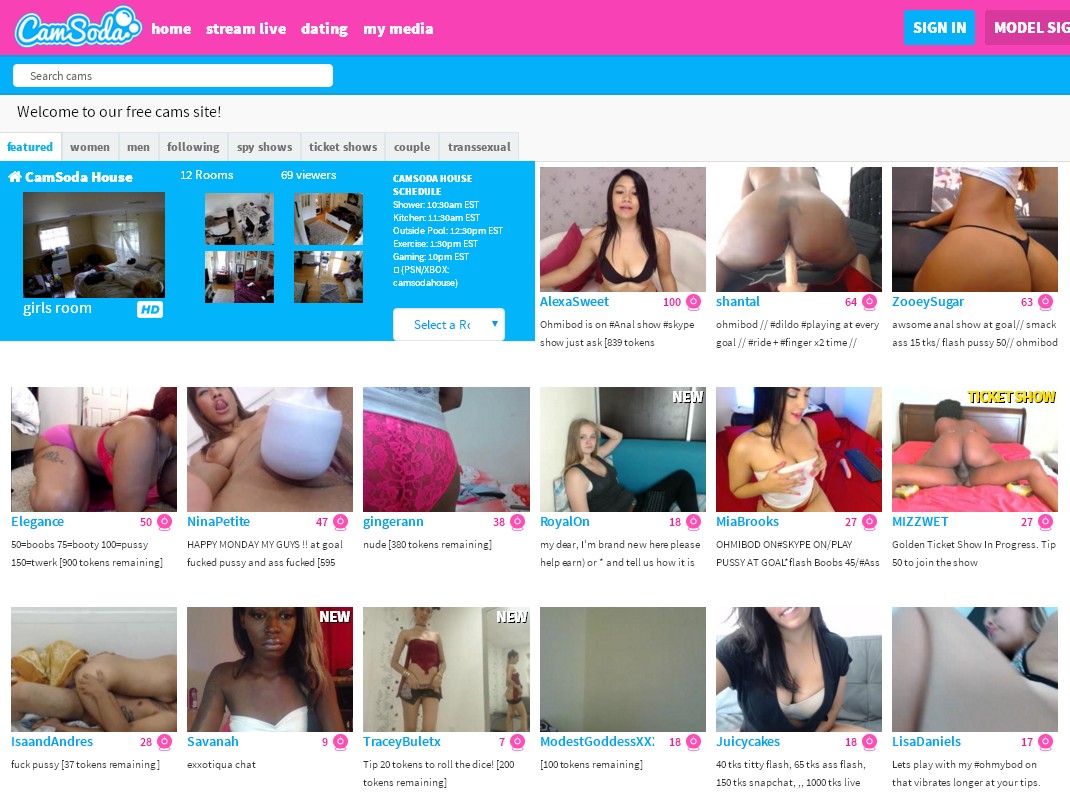 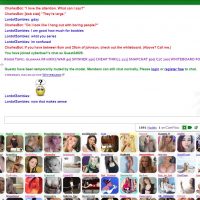 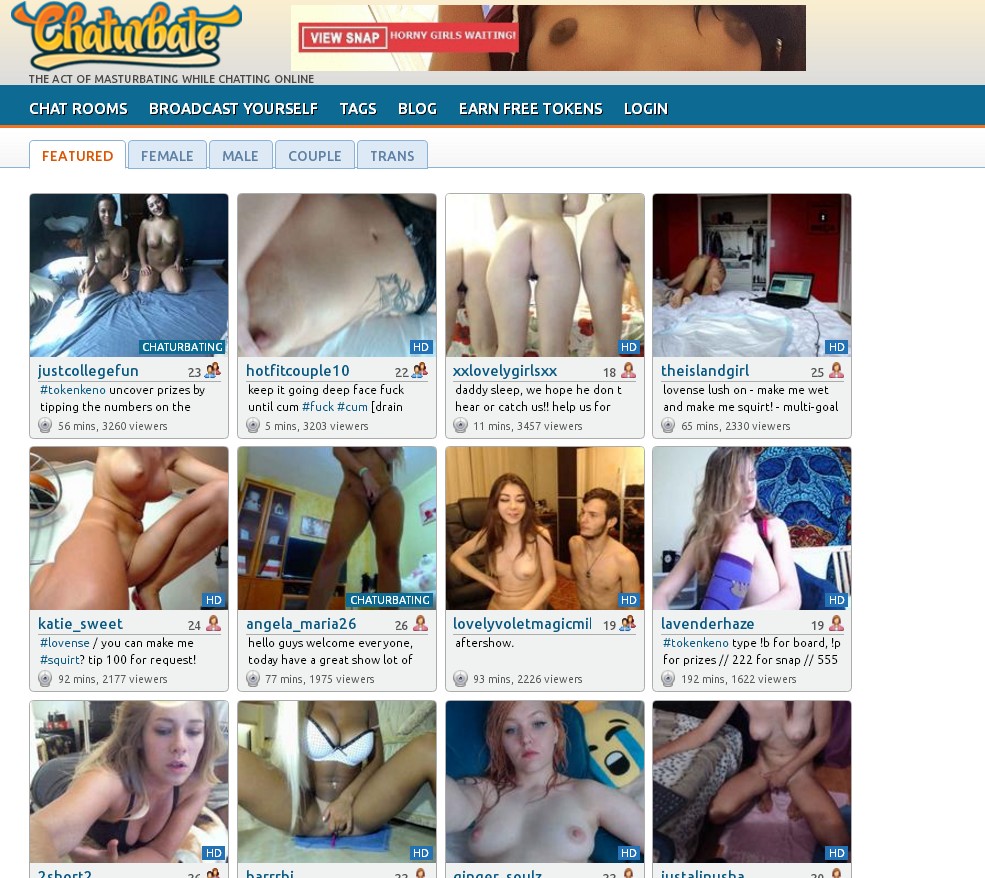